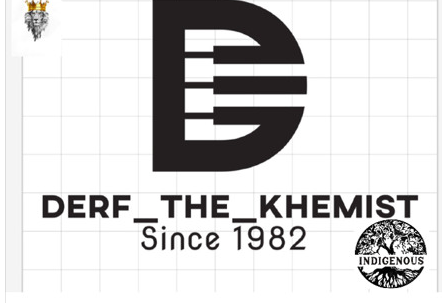 Derf the Khemist is all out on whether politically-conscious hip-hop and downtrodden rap music have advocated and involved more political lyrics in the Trump era or whether sensible rap has always defined a critical component of hip-hop culture. In Derf the Khemist’s new single, ‘Woke’ hip-hop has now assumed the vanguard for Blacks because ‘our’ brothers and sisters have experienced a new political awakening. Our people have become more willing to listen to hip-hop that explores inequality and racism based on our experiences in America as a race. Derf the Khemist’s new single has provided priceless wealth of socially informed content infused in the authentic fight for equal rights. As a community, Blacks have struggled to look past Trump’s presidency by listening to the wave of anti-Trump lyrics. However, the decision has been made by the ‘woke’ 3rd and 4th generations of our people. And, Derf the Khemist has institutionalized the systematic problems of segregation targeting Blacks in his new single. Basically, you got to believe that Derf the Khemist’s new single reawakens the thoughts of the black generation to scrutinize Trump’s political and policy systems that perpetuate racism by far.
Through lyrics, rapping, writing, and activism, Derf the Khemist is among the few people invigorated in active social movements and politically-aware hip-hop that resonates with the actual meaning of rap culture. The new single released by Derf the Khemist sparks the reason to reconsider the experience of blacks as a people subjected to generational subjugation by America’s political regime. In the new single, Derf the Khemist has touched on the plan to push forward as a people. The best part of the single is perhaps the story of a new generation of blacks failing to smarten up and falling back to where it all began – Slavery!!