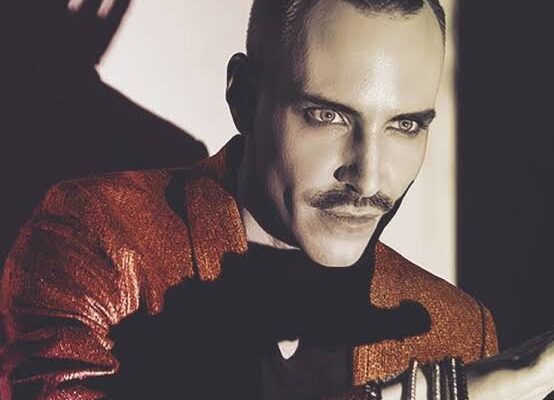 After encountering unprecedented success with his hit, “Love the Disco”, French-Georgian musician Van Hechter is back with another song sure to get you up and moving about.
His brand new “The Delight” features a collaboration with DJ and entertainer Chauncey Danndridge, and together they create a hit so powerfully 80s that for a second, you’ll swear you’ve been transported in time.

It’s interesting to note that, in these troubled times, Van Hechter sends out a message of joy and ultimately, of hope.

‘Dance in the moonlight, baby,
Bathe in the sunlight’

Such is the chorus that can be heard over and over throughout the song and though relatively simple, it manages to pull through, reminding the listener that maybe change doesn’t need to get lost on words and send some complicated message.
It much rather needs to connect with as many people as possible, on a deep, primal level, which is something “The Delight” does marvelously.

What I like about this track is that it’s not merely a disco tune. That would be dull. No one wants to see a revival of a boring old tune that was trending forty years ago. Others have tried that with mixed results (and that’s putting it mildly).
But what’s interesting about Van Hechter’s sound is that he doesn’t try to copy what went in the ‘80s, but rather he gets inspired from that, from the dancing scene, from that unbridled joy that is so characteristic of disco music.
He takes that and makes it his own, allowing his own songs to flow from this feeling, but never actually copy it.

“The Delight” goes heavy on the auto-tune, but that’s just part of the magic, for us. The audio editing, the repetitive, almost hypnotic beats accompany Van Hechter’s voice perfectly. In fact, there is one moment that really caught my attention. About two minutes in, Van Hechter deviates from the rhythmic cadence he’d followed up till then and breaks into a short fragment where he raises his voice and sings unaccompanied. It is in this moment that Van Hechter demonstrates his musical mastery and solidifies this track as a future hit for the clubs.

The artist previously collaborated with Chauncey Dandridge on the track “53 Christopher Street”, which referenced the iconic Stonewall Inn. Slowly but surely, Van is cementing his own future as a musical great, bringing each track a unique combo of talent and wit that helps them stand out in the immense music scene of today.